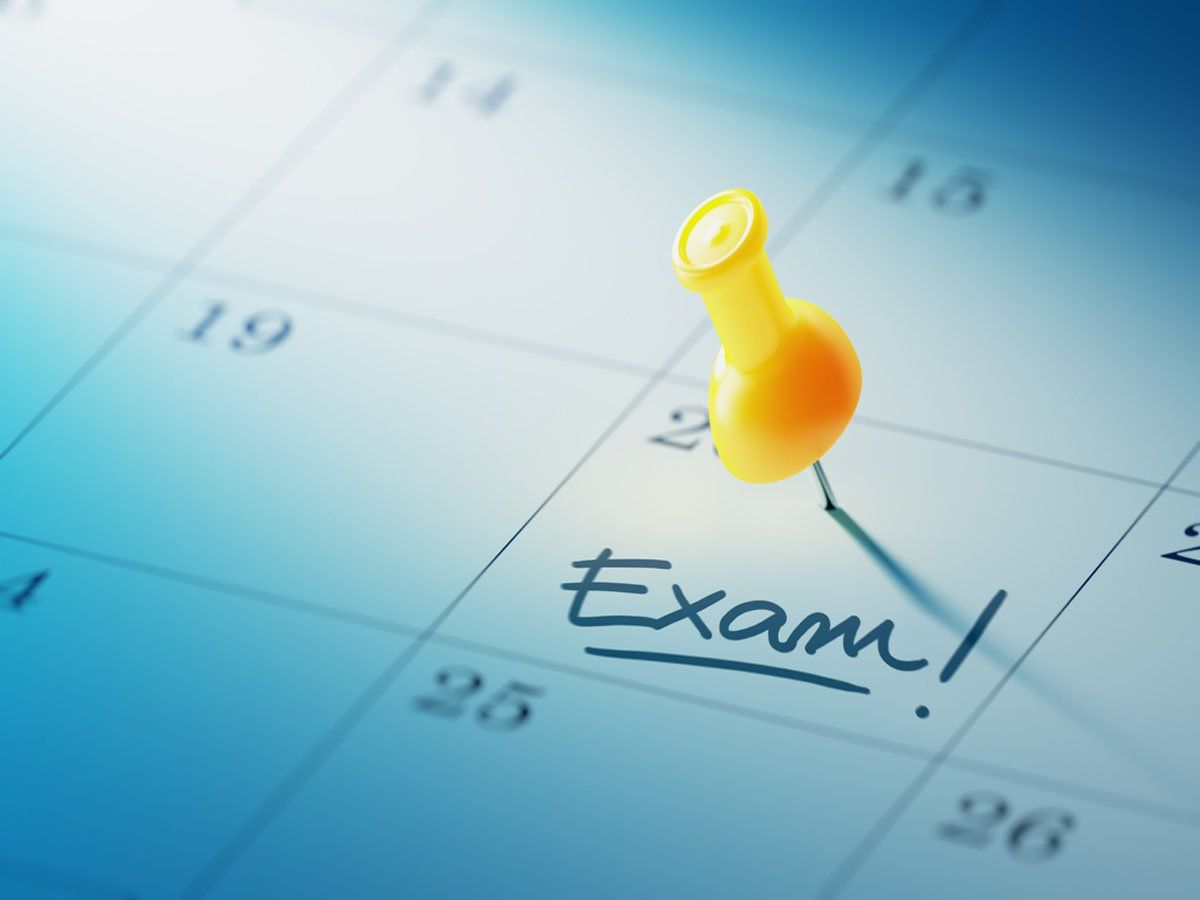 In this post, we will analyze the UPSC Mains English compulsory question paper 2020.

(b) Not Rural or Urban, India Needs Rurban Growth.

(c) Relevance of Hindi as the National Language.

Q2. Read the passage given below carefully and write your answers to the questions that follow in clear, correct and concise language: 15x5=75

When Tolstoy led a party composed of his family and visitors to harvest a field for a widow, he was doing two things. In part, he was saying that everyone ought to do his share of what he called “bread labour”, and earn his keep by the sweat of his brow. At the same time, he was affirming that each of us should help our less fortunate neighbours. Mahatma Gandhi agreed whole-heartedly with both these principals, but he linked them more closely than Tolstoy with what he saw as the decadence of industrial life that takes people away from the home and village crafts, which are varied and rewarding, to the soul-destroying monotony of machines. Even before either of these great men had given their philosophy to the world, an American author named Thoreau, had built himself a hut in the woods to prove that he could support himself by the simplest manual work; and in Britain, Ruskin had led his students out from Oxford to build a raised footpath across the water meadows to a village to demonstrate the dignity of labour. The path remains to this day, almost one hundred and fifty years later, Lined with tall poplars, as a memorial to a fine ideal.

One could trace the history of such ideas still further back, to the writings of Jean-Jacques Rousseau, who preached the dignity and equality of man and the educational value of Nature and manual work, from the Swiss city of Geneva in the eighteenth century. It was however, a Swiss called Pierre Ceresole, a contemporary of Gandhiji, who took these basic principles and used them to promote international reconciliation.

Pierre was no ordinary Swiss, for it is rare for ordinary people to have the courage to dream dreams and attempt to put them into practice. Pierre’s father’s family originated in Italy, his mother’s family came from France, he had a German grandmother and had relations in England. He used to point out the stupidity of frontiers.

From Hawaii he-moved on to Japan, experiencing there an entirely new way of life which helped him to see more clearly the virtues and follies of European culture. Returning home at the outbreak of the war, in 1914, he gave all the money inherited from his father to the State, saying, “I believe that the teachings of Christ are superior to good business sense.” Later he wrote, “Two thousand years ago there came a radiant light, full of peace and loving kindness-and we immediately crucified it.”

Pierre had been impressed with the sacrifice and heroism in war and wanted something equally positive mobilised in the cause of peace. He organised the first international work-camp at a war-devastated village in France. The idea was that people of different nationalities, including those whose countries had recently been enemies of one another, should be joined side by side in honest work to rebuild not only the concrete things but also the feelings of brotherhood that are shattered by war. The number of volunteers and the number of camps began to grow rapidly, and what had been the Swiss Services Civil became the Service Civil International (SCI). Pierre died in 1945 after World War II.

Pierre Ceresole had the satisfaction of doing what he believed to be right. Each year a growing number of Volunteers go to work-camps and there is scarcely a country that has not heard of them. Anyone can become a work-camper, and for many this is the place to start- planting young trees and crossing the frontiers.

(a) What are the principles of Tolstoy with which Mahatma Gandhi agreed?

(b) How are Thoreau and Ruskin linked to Gandhi and Tolstoy in the passage?

(c) What was Pierre’s philosophy of life?

(d) What is SCI and how did it come into existence?

(e) How is Pierre’s work different from the work of those mentioned in the passage?

Q3. Make a precis of the following passage in about one-third of its length. Do not give a title to it. The precis should be written in your own language: 75

Ashoka set an extraordinary example by making himself available at all times for consultation, whether he was relaxing, say, in the palace gardens, or even while being massaged. By hearing and settling disputes he kept in touch with the details of administration. The disputes over water rights and grazing rights, and the problem of money-lending were all familiar to him. To complete the picture of how the emperor and his people lived, it is essential to consider the castes which were already forming in India’s first great empire. In Ashoka’s empire there was first the priestly caste who lived as monks or holy men and performed the rites at the temples. They regarded themselves as superior to all others and their influence was so great that it was sometimes a threat to the power of the emperor himself. Next in importance came the three largest castes, the herdsmen, cultivators and craftsmen; while the soldiers, officials and councillors, who were less important, were relatively few. Finally there were slaves and others outside the caste system altogether.

Thus the life of the emperor and his people can be made out from the legends and scraps of writing which have been preserved. It was the extraordinary empire that Ashoka crafted with new ideas which grew from his study of Buddha and his followers.

Gautam, the Buddha, had lived nearly three hundred years earlier. Little is known with certainty about him as he grew up, but innumerable legends have formed around his life. Some of these are common to many religious leaders in Asia, such as a capacity for walking on water or multiplying food. Buddhism taught Ashoka the importance of the right way to live. According to a legend, talking to a victorious king, Buddha asked:

“What would you do if you were told that a landslide was about to destroy you and your city?”

The king replied: “I would live righteously. There would be nothing else to do.”

Gautam further asked: “Old age and death are rolling down upon you. What are you going to do?”

Gautam Buddha taught that the aim of life was to escape from the petty hopes, fears and hatreds which make people little-minded, and to become serene and happy by rising above them. Nothing was written down about him or his saying until shortly before Ashoka’s time, but then the tales began to accumulate as they were recounted in Buddhist monasteries where the monks gathered and lived. Gradually the Buddhist religion separated itself from Hinduism and spread to other countries- and Ashoka to an extent  was responsible for this.

He was alert to new religious ideas and he must have met and talked to Buddhist followers. However, his conversion was not sudden, like St. Paul’s on the road of Damascus, nor did he have an experience such as Gautam had when the right way to live became suddenly clear as he sat meditating one day under a Banyan tree. The great event in Ashoka’s reign was the Kalinga War. The Kalinga War was to Ashoka what the Banyan tree was to Gautam Buddha.

Most men, when victorious, become so drunk with power that they will listen to good advice neither from statesman nor prophets, but Ashoka was appalled at the contradiction between the cruelty he saw and the lessons of Buddhism he had learned. Ashoka’s greatness can be measured by what he caused to be written on rocks after the victory. He got the inscriptions engraved so that any sons or great-grandsons that he might have would not think of gaining conquests but would live in peace and contentment. Ashoka denounced fame and glory and announced that to him the only glory was following Dhamma.

Towards the end of his reign, he kept contact with a large number of Asian countries, but instead of sending only the usual sort of envoys, he sent missionaries to explain Dhamma in the countries they visited. His influence as a wiser ruler was therefore spread far more widely than if he had marched with his victorious armies. Later, Buddhism spread to Burma, Thailand and China, where a standard of humility for great rulers and a belief in serenity, goodness and a reverence for life, were accepted and have still not diet out. It is doubtful whether there can ever be peace between countries unless this first lesson is learned: the power of rulers must be guided by kindness and wisdom. Although Emperor Ashoka appeared to be a failure, since his subjects gave up Buddhism and within fifty years his empire fell to pieces; he was a man whose influence, like that of Jesus’ or Socrates’, was extended by his death.  (792 words)

Q4. (a) Rewrite the following sentences after making necessary corrections. Do not make unnecessary changes in the original sentence: 1x10=10 marks

(i) Have you brought some mangoes?

(ii) The Ganga is the sacred river.

(iii) I and Chetan did all the work.

(iv) He said it himself.

(v) Blessed is he that has found a job.

(vii) One of the boy was absent for a week.

(ix) She was sitting besides him.

(x) Our hoard is small and our hearts are large.

(c) Use the correct forms of the verbs given in brackets: 1x5=5 marks

Q5. Rewrite the following sentences as directed without changing the meaning: 1x10=10 marks

(ii) Why did your brother write such a letter?

(iii) No sooner did he enter the house than he took off his coat.

(v) We must eat or we cannot live.

(Change into a simple sentence)

(vii) The doctor will see you Today only if it is an emergency.

(viiii) You can borrow the book if you return it soon.

(ix) I can’t explain the situation. It is too complicated.

(x) He owed his success to his father.

(Change into a complex sentence)

(b) Use the following words to make sentences that bring out their meaning clearly. Do not change the form of the words. (No marks will be given for vague and ambiguous sentences.) 1x5=5

(iii) Leave aside the interest, she won’t pay even the_____ amount. (principle/principal)

(iv) Research demands an______ study of the subject. (intense/intensive)

(v) This is not an_____ list at all but shows the kind of range that is available. (exhaustive/exhausting)

(d) Use the following idioms/phrases in sentences of your own to bring out their meaning clearly. Do not change the form of the words: 1x5=5 marks