The Indian Desert is located to the north-west of the Aravali hills lies the Great Indian Desert. This region receives low rainfall below 150 mm per year; hence, it has arid climate with low vegetation cover. It is because of these characteristic features that this is also known as Marusthali. 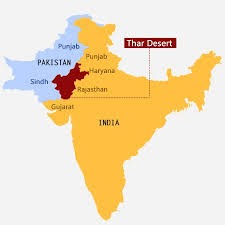 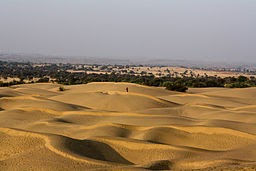