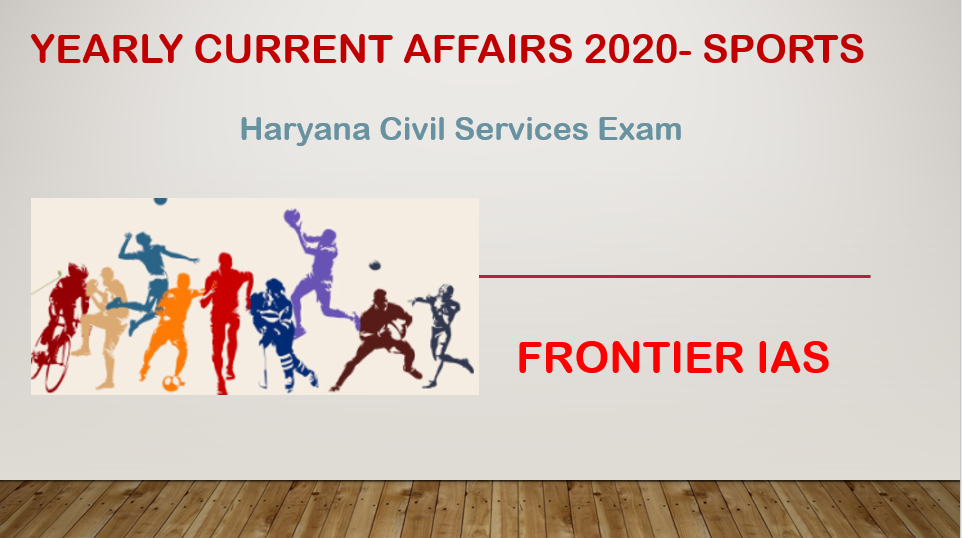 3. 1st player from the United States to join the Indian Premier League

5. Neetu David as the chairman of the women’s national selection panel.

12. The prize money in four of the seven categories of the National Sports and Adventure Awards has been enhanced.

13. India is planning to host BRICS Games 2021, which will be aligned with the Khelo India Games scheduled for next year.

14. Sophia Popov has become the first female golfer from Germany to win the Women's British Open.

15. Poulomi Ghatak, one of the most successful names in women’s table tennis has announced her retirement.

16. Track and field coach Purushotham Rai, who only a few days ago was selected for the Dronacharya Award (lifetime category), passed away due to a heart attack.

17. Lewis Hamilton has won the British Grand Prix despite a puncture on the last lap to clinch an 87th career win and move within four of Michael Schumacher's Formula One record.

19. The INOX Group will be the official sponsor of the Indian team for the rescheduled Tokyo Olympics.

20. Lewis Hamilton has won the Spanish Grand Prix to extend his lead in the Formula One world championship.

21. Indian judoka Deepanshu Balayan has been handed a 22-month suspension by NADA's Anti Doping Disciplinary Panel (ADDP) for the consumption of prohibited substance Furosemide, which is a diuretic medicine.

23. RAJIV GANDHI KHEL RATNA AWARD is being conferred for the spectacular and most outstanding performance in the field of sports by a sportsperson over a period of four years.

24. ARJUNA AWARD is being conferred for consistent outstanding performance in the field of sports by a sportsperson over a period of four years.

25. DRONACHARYA AWARD is being conferred to coaches for producing medal winners at prestigious international sports events.