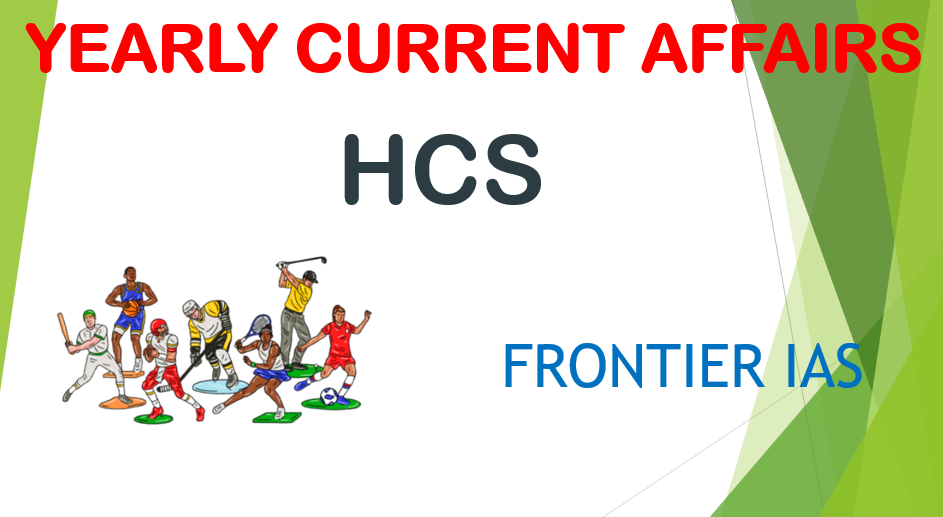 3. Archery Association of India has been recognized as a National Sports Federation by the Sports Ministry.

4. Daniil Medvedev has defeated the US Open champion Dominic Thiem and has won the biggest title of his career at the ATP Finals in London

5. Volker Herrmann, the Athletics Federation of India High-Performance Director whose contract had been extended by the Sports Ministry until the end of the 2024 Olympics, has resigned from his post.

6. The Women's Under-17 football World Cup in India, which was initially postponed to next year due to COVID-19 pandemic, was cancelled by FIFA, but India was handed the hosting rights of the 2022 edition.

7. The Pakistan Cricket Board has appointed Alia Zafar (a female director for the first time)

8. Rutuja Bhosale has won a singles title by beating Anna Siskova of the Czech Republic in the final of the $15,000 ITF women’s tennis tournament in Sharm El Sheikh, Egypt

9. Manipur’s Gyanendro Ningombam has been elected unopposed as the Hockey India (HI) president, taking over from Mohd Mushtaque Ahmad who was asked to demit office by the sports ministry for violating the National Sports Code’s tenure guidelines.

10. Quanhai Li of China has been elected as the new President of World Sailing after defeating incumbent Kim Andersen of Denmark.

18. Tanmay Srivastava, who top-scored for the India under-19 team which emerged triumphant in the 2008 Colts World Cup in Malaysia under Virat Kohli's captaincy, retired at the age of 30.

22. 1st Indian to win a singles match at the US Open in seven years