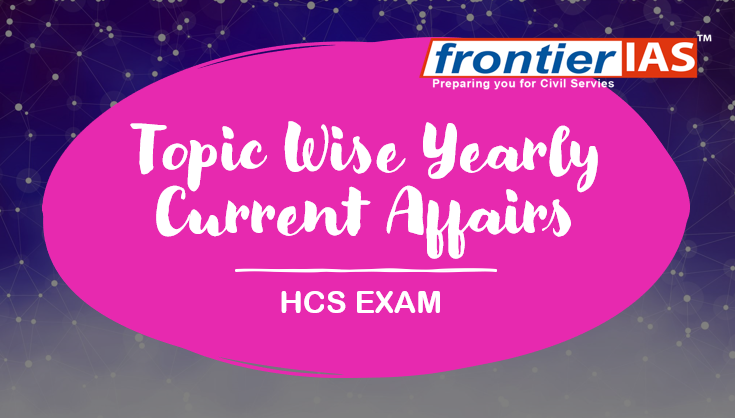 2. Sheikha Bodour of UAE has become the first Arab woman to be appointed president of the International Publishers Association.

3. Former Infosys Chairman and former co-founder Senapathy (Kris) Gopalakrishnan, has been appointed as the first Chairperson of the Reserve Bank Innovation Hub.

5. Mr. Duarte Pacheco of Portugal has been elected the new President of the Inter-Parliamentary Union (IPU) for the period 2020-2023.

7. Aditya Puri, who was HDFC Bank managing director and CEO for 26 years has retired and Sashidhar Jagdishan has taken over the charge.

8. Chief Information Commissioner (CIC) of India, Bimal Julka, has been appointed as the new Chairman of Federation of Indian Fantasy Sports (FIFS), the self-regulatory industry body for fantasy sports in India.

9. Major General Sonali Ghosal has taken over as the Additional Director General of Military Nursing Service.

10. Union Bank of India's MD and CEO Rajkiran Rai G has been elected as the Indian Banks' Association (IBA) chairman for the term 2020-21.

11. Senior IPS officer, M A Ganapathy has been appointed as the Director-General of the Bureau of Civil Aviation Security (BCAS). He is a 1986 batch IPS officer of Uttarakhand cadre.

14. New President of All India Tennis

15. The Asian Development Bank has appointed Takeo Konishi as its new Country Director for India.

16. Paresh Rawal has been appointed as the new chief of the National School of Drama

17. Former Research and Analysis Wing (R&AW) chief Anil Dhasmana has been appointed as the chief of the National Technical Research Organisation (NTRO),

18. City-based retired Colonel Dr. Girija Shankr Mungali has been appointed as one of the seven members of the Asian Football Confederation's task force for regulating football clubs in Asia and Australia.

19. Senior bureaucrat P D Vaghela has been appointed as chairman of the Telecom Regulatory Authority of India (TRAI).

20. The government has approved the proposal to appoint Simanchala Dash as an advisor to Executive Director, International Monetary Fund (IMF), in Washington.

21. Rajesh Khullar has been appointed as Executive Director at the World Bank in Washington DC.

23. Great Eastern Shipping Company Ltd has appointed former Reserve Bank of India (RBI) Governor Urjit Patel as an additional and independent director for a term of 5 years, effective from August 01, 2020.

24. Sashidhar Jagdishan has been appointed as the chief executive and managing director of HDFC Bank.

25. President Ram Nath Kovind has appointed former Union minister Manoj Sinha as the next Lieutenant Governor of Jammu and Kashmir.