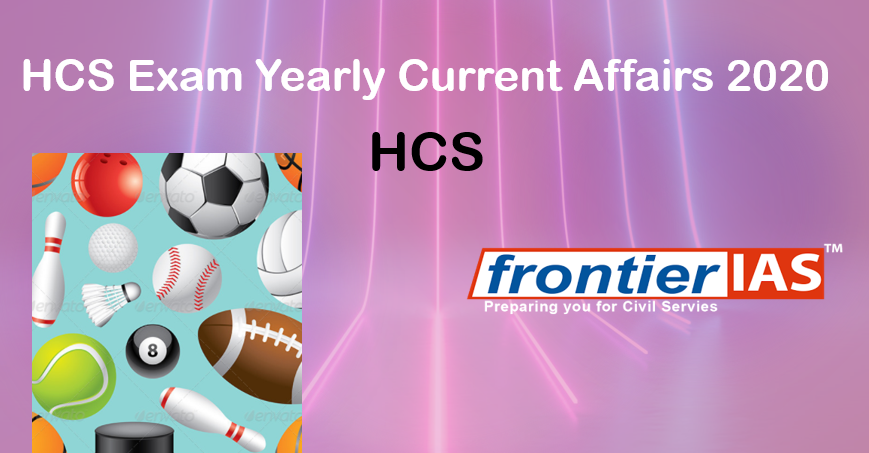 1. Nethra Kumanan has become the first Indian woman to win a medal at the Sailing World Cup.

2. Rubigula, Flame-Throated Bulbul, has been unveiled as the official mascot for the Goa 2020 National Games in Panaji.

4. Novak Djokovic(Serbia) beat Dominic Thiem in the final of the 2020 Australian Open.

7. Mizoram emerged triumphant in the final of the Hero Junior National Football Championship for the Dr. BC Roy Trophy at the Jawaharlal Nehru Stadium in Shillong defeating Punjab on penalties.

The BC Roy Trophy is an Indian football tournament for players under 19 years of age. The competition is held every year between the under-19 teams representing the states of India.

8. India’s lone woman Paralympic medalist Deepa Malik from Sonipat, Haryana, has been elected as President of the Paralympic Committee of India.

10. Indian all-rounder Irfan Pathan has announced his retirement from all forms of Cricket.

12. The 19-year-old women’s rugby player Sweety Kumari was named as the “international young player of the year” by popular women’s rugby website Scrumqueens.

13. India's P Magesh Chandran lifted the title in the 95th edition of the prestigious Hastings International Chess Congress at  Hastings in England.