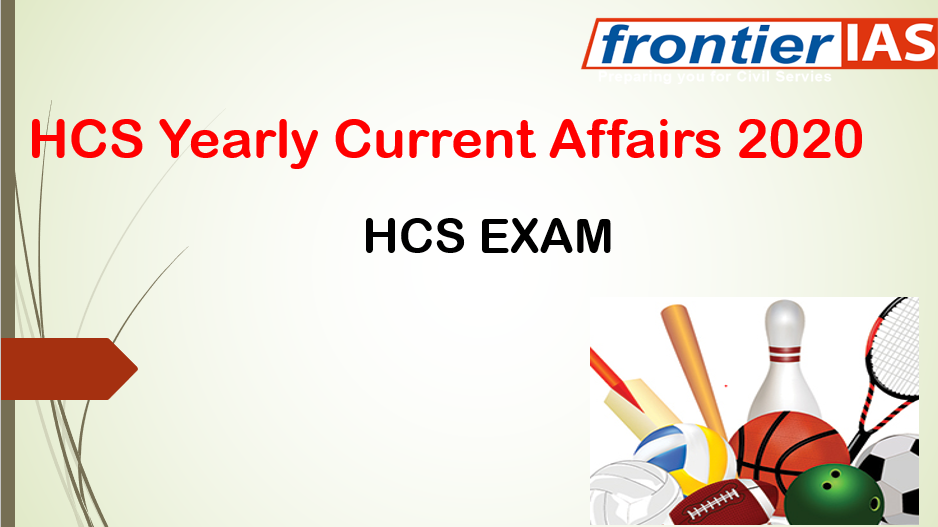 2. Commonwealth Games Federation has postponed the 7th season of Commonwealth Youth Games 2021 to 2023 due to a clash of dates with Tokyo Olympic 2020 dates postponed by a year due to the coronavirus (Covid-19) epidemic

3. The All India Tennis Association (AITA) agreed to abolish honorary positions such as lifetime president, lifelong vice president, and lifelong advisor on the instructions of the Sports Ministry. The sports ministry had termed these posts a violation of the National Sports Code.

4. The organizing committee of Hangzhou Asian Games, has released ‘Fei Fei’ the bird as an official mascot for the 4th Asian Paralympic Games 2022, which is scheduled to be held in Hangzhou, China from 9 – 15 October 2022.

5. Three sporty robots, collectively known as the “smart triplets”, representing the UNESCO World Heritage sites of Hangzhou in eastern China, were unveiled as the official mascots of the 2022 Asian games.

6. Wimbledon, the oldest Grand Slam tennis tournament, has been canceled for the first time since World War-II because of the Coronavirus pandemic.

7. The World Athletics organization has announced that the new Tokyo Olympic dates will conflict with the scheduled World athletics championships going to be held in Eugene, Oregon, US (United States) will be postponed to 2022.

8. Hockey India joined the 38 National associations throughout the world as a member of World Master Hockey with an aim to develop and grow Master Hockey across the world.

11. All India Police Athletic Championship 2019 has been organized in the Panchkula District of Haryana.

12. Shafali Verma, the teenage Indian batting sensation, has gained the top spot in the ICC women’s T20 International rankings, riding on her stellar run at the ongoing World Cup.

13. The Khelo India University Games, Odisha was held in Bhubaneswar.

15. Former India spinner Sunil Joshi has been named chairman of the national selection panel by the BCCI's Cricket Advisory Committee in Mumbai.

16. Former India opener Wasim Jaffer has announced retirement from all forms of cricket, drawing curtains on his illustrious career spanning over two decades.

18. Nita Ambani, the owner of the Mumbai Indians cricket team franchise, has been named in the list of 10 most influential women in sports for 2020.

20. Sachin Tendulkar being lifted on the shoulders of his teammates after their World Cup triumph at home in 2011 was voted the Laureus best sporting moment in the last 20 years.